PAGE UNDER CONSTRUCTION - THIS IS AN ONGOING REHABILITATION
​Danae is a 9 year old Poitevin mare, an endangered breed of which there are only around 300 horses in the world (having increased from around 100 breeding horses worldwide in 2011).  Danae had her first foal in May 2022, but developed an infection after foaling.  The infection was treated and Danae appeared to make a full recovery, but in July she suddenly became lame and her pedal (coffin) bones penetrated the soles on both front feet, shortly followed by her left hind, with her right hind clearly very close to penetrating.  With euthanasia almost certain if we couldn't make a difference quickly, Danae was referred to The Laminitis Site, and weekly visits started in August to trim and treat her feet.
WARNING - PHOTOS BELOW SHOW EXPOSED PEDAL (COFFIN) BONES 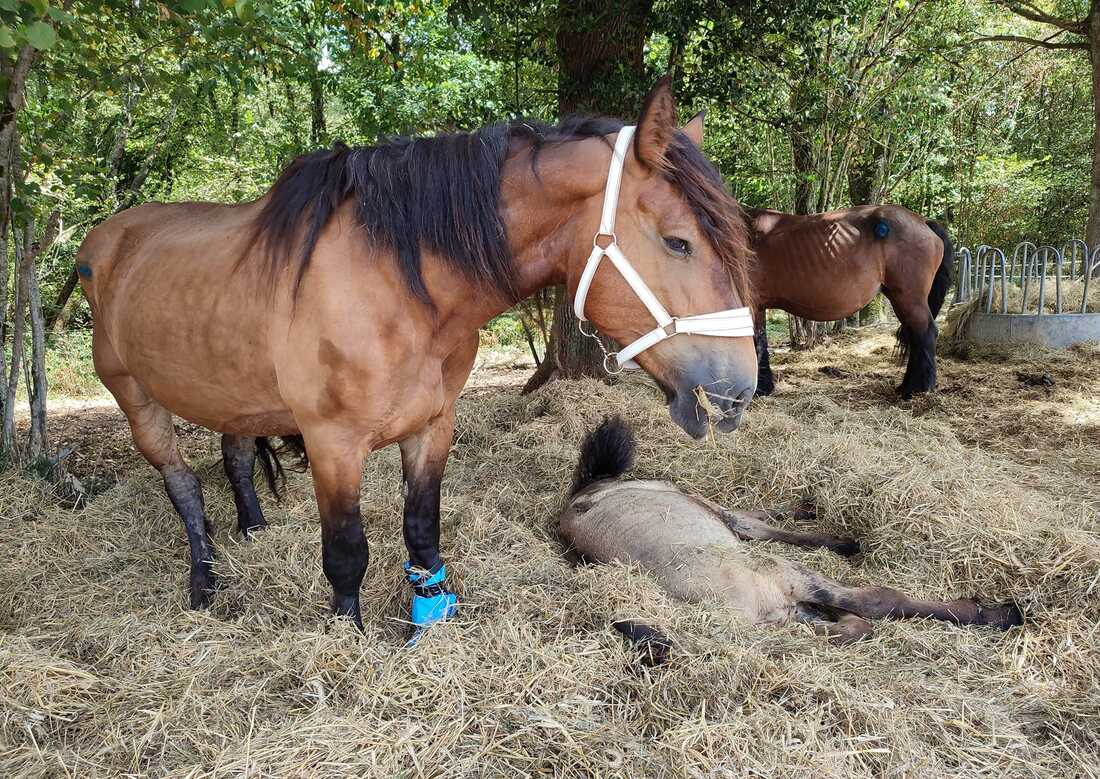 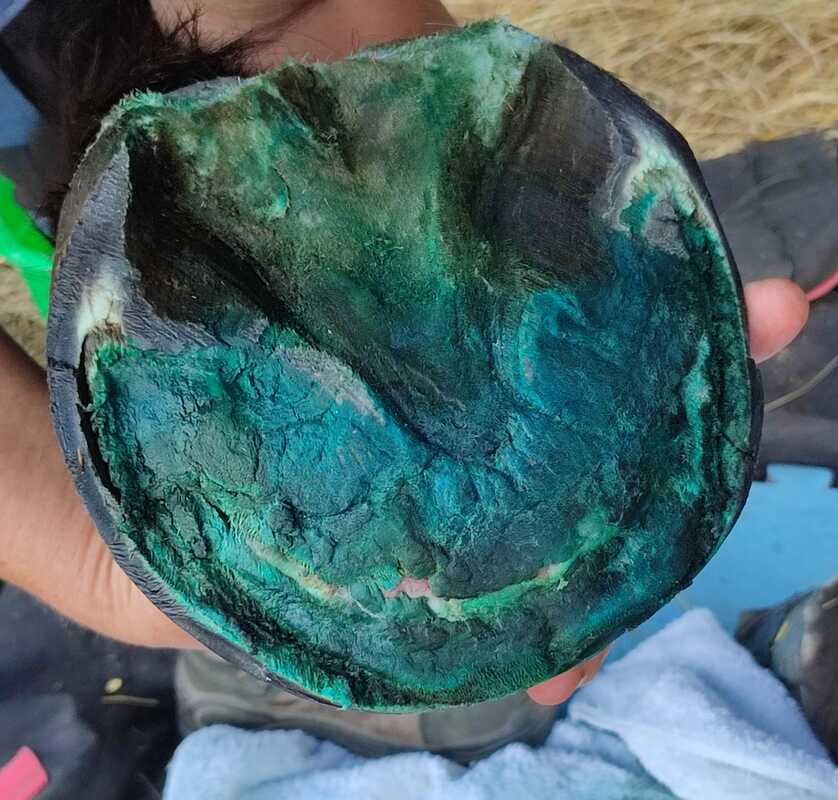 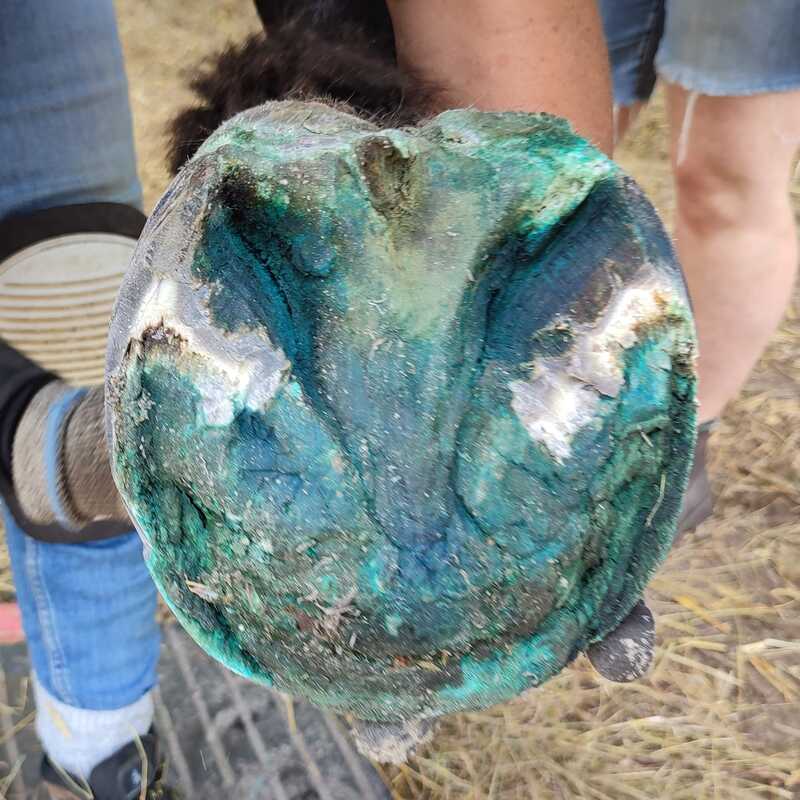 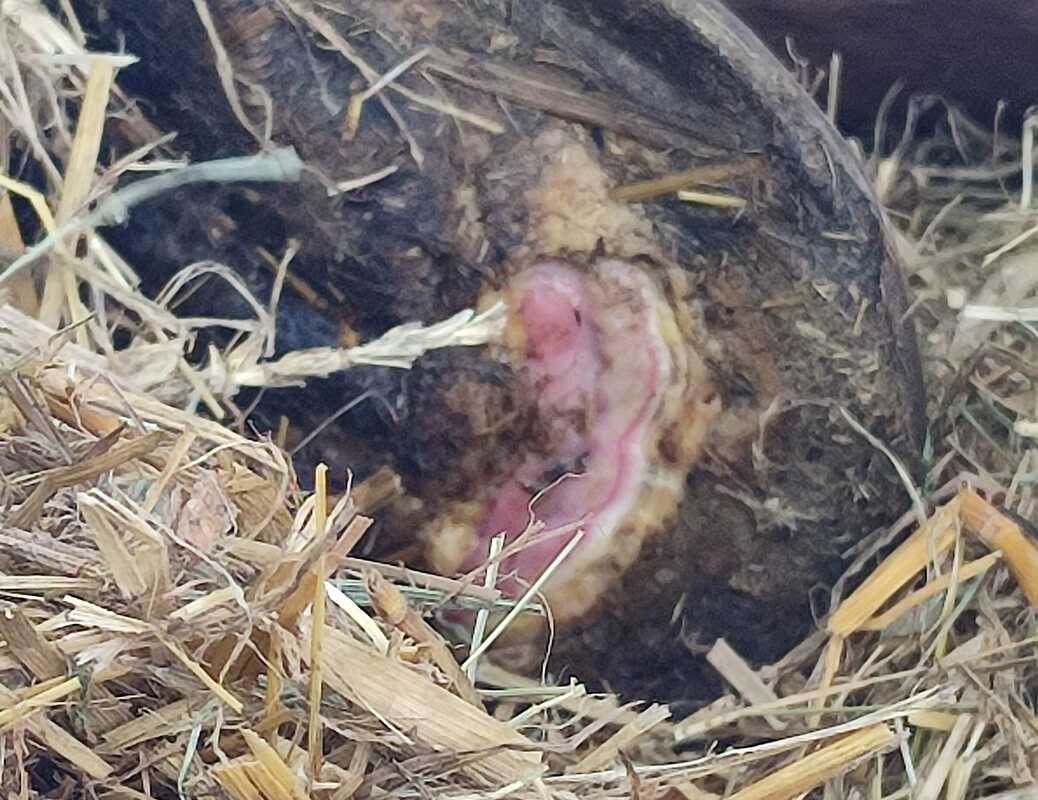